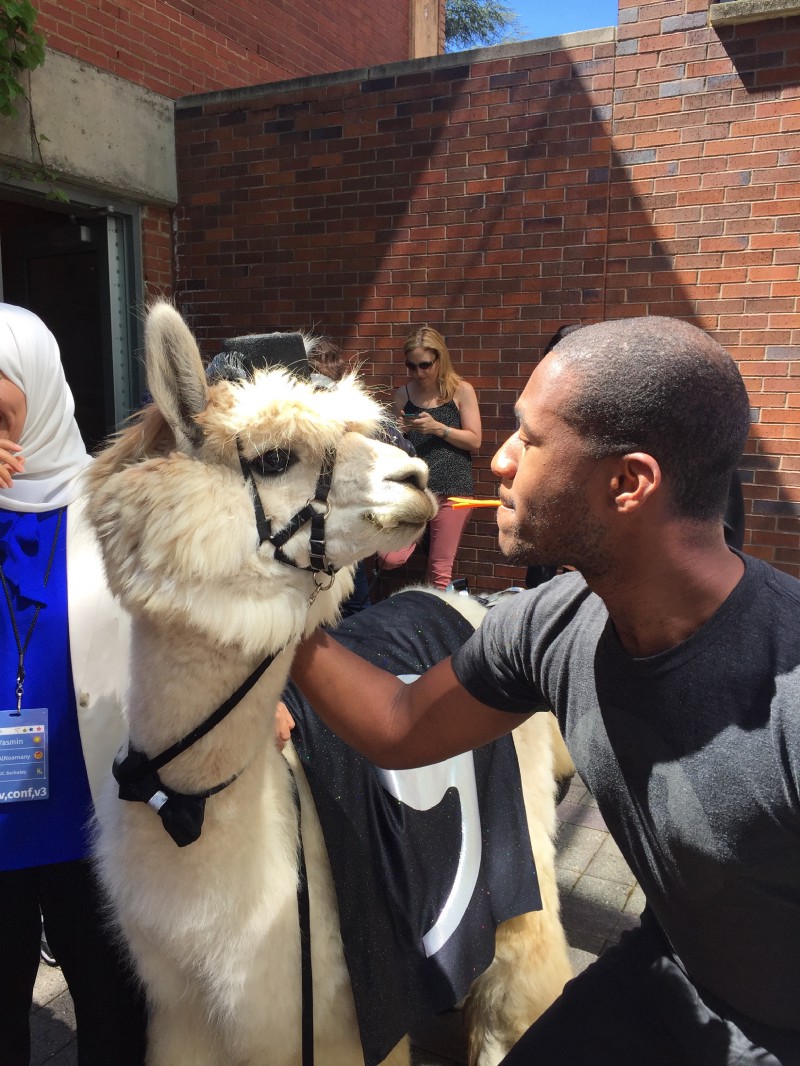 The Mozilla Science Fellowship applications are open until May 14th! I wanted to share a few of my experiences as a Fellow so far. Also, look out #TeonMozAMA on Twitter Thursday, May 11th (tbd). I will be responding to any questions you might have about my experience and the fellowship itself.

I know that this will sound epicly cheesy and cliché but this fellowship has truly been a once in an lifetime opportunity, especially after spending a lifetime in the academy. It started in September and we were whisked away to Toronto where twelve strangers: four science fellows and eight open web fellows, gathered and instantly became a family, kind of like Sense8. The dynamics have been great in discussing the utility of transparency and openness in science and the value of decentralization and individual privacy.

The Science Lab really was a great support network have while I finished up and defended my dissertation #TeonDefends and when I finally filed the revisions.

With this fellowship, I have done a pretty decent amount of travel while advocating for open science. Just a few days ago when I checked into Oakland on Swarm (yes, I still use it) after returning from the LGBTQ Tech and Innovation Summit, I was notified that I had been at airport for SEVEN WEEKS STRAIGHT! To name a few of the trips throughout the fellowship, the cohort traveled to London for MozFest, I co-taught a workshop on GitHub and Python, attended the Gathering of Open Science Hardware (blog post coming soon) in Santiago, Chile, and went to Washington, D.C. to participate in and see the results of my co-organizing the National March for Science.

What a whirlwind experience this has been so far! Thanks for the incredible outpour of support for & in defense of science #marchforscience pic.twitter.com/oFuL6EIga9

My Mozilla Science Fellowship was exactly what I needed to rekindle my passion for research, development, outreach, and education in Science. Here’s a complete list of events I was able to do through the Science Lab support.

Also, we have a pet mascot, meet Mozzie, the Narwhal :)

Mozzie, the Narwhal is super excited for #mozfest! We stopped by Versailles on our way :) #mozfellows16 #mozfest2016 #mozzie #Narwhals pic.twitter.com/uqv4zhGNY4