On organizing a national March for Science, a reflection 5 years later

Five years ago to this day, I was standing backstage watching 100k people united at one of the largest, if not THE largest rally to support science as a common good and advocate for evidence-based policy making. With the help of the National Park Service and our partnership with the Earth Day Network, our shared stage was placed directly facing the White House creating a scene for the history books.

Sparked by the actions from the Trump administration including gag orders on the EPA and the withdrawal from the Paris Climate Agreement, inspired by the Women’s March, and suggested in a random Reddit thread to do the same but for Science, a bunch of random strangers from across the US, brought together by Twitter and Facebook, were then hurled into Slack for four straight months, and ignited a new generation of science advocates and activists. 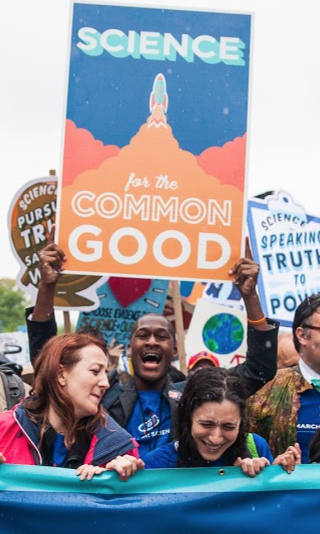 The day of the March was a surreal experience. Like, we actually pulled it off. Many times, we all felt that everything could implode on itself at any time given the level of planning, organizing, and strategizing needed. Also, we were a bunch of scientists, most of us new to organizing, and we were tasked with orchestrating a protest march like no other kind. Working with a fully decentralized team, completely orchestrated on the web in the pre-Covid era was unique, challenging, yet super rewarding.

The day started with a rally were scientists, advocates, and organizers took to the stage to talk about the state of science education and funding, environmental concerns, and climate change. We kicked off the March with performances by QuestLove, Jon Batiste and Stay Human as they performed an original “I March for Science”. 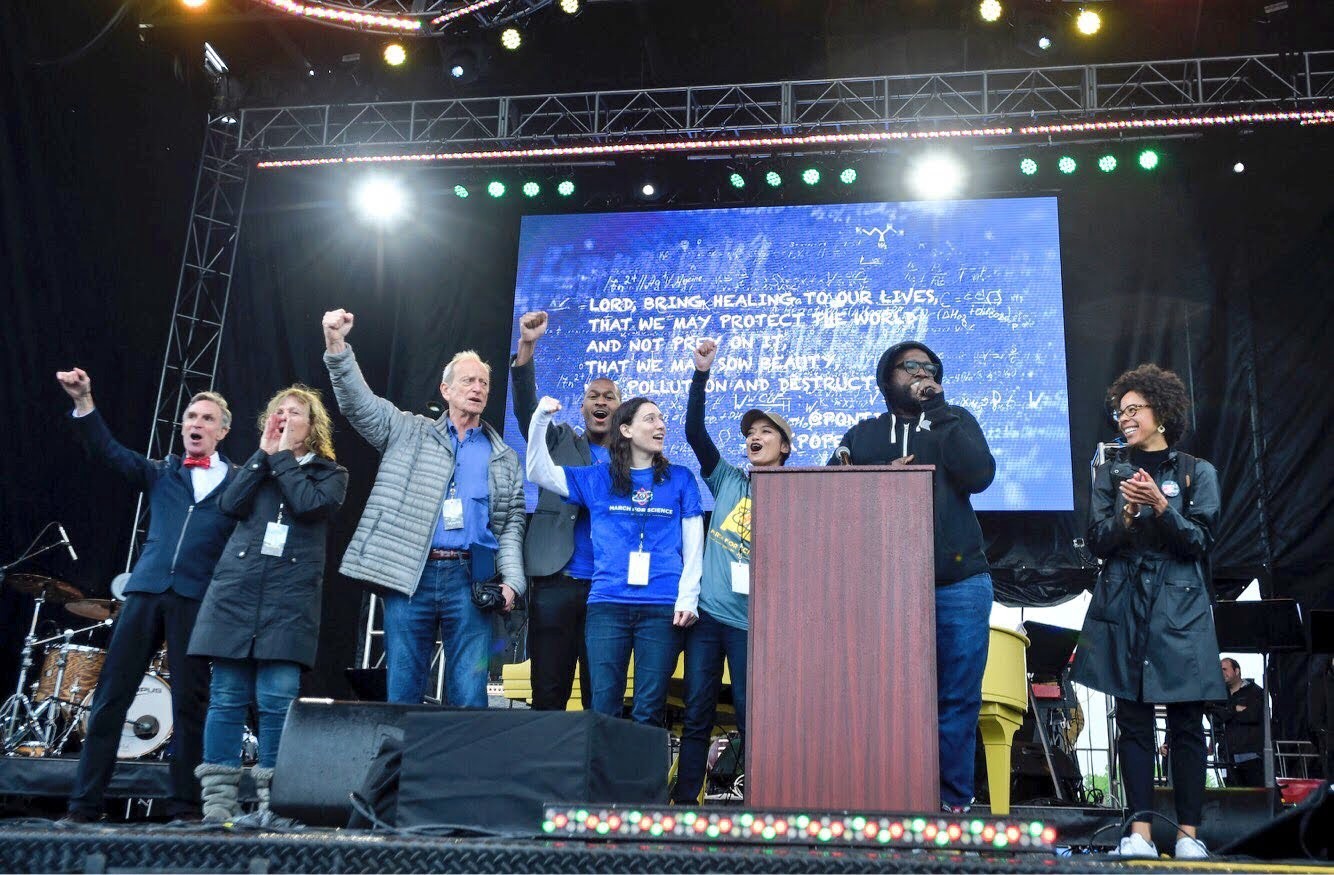 After the Rally at the closing celebration party, I met the former US CTO, Megan Smith, and she presented the DC organizers each with a Challenge coin from her office for our organizing efforts. On the Challenge coin is inscribed President Obama’s acceptance speech written in binary with a image of George Washington Carver at the center.

I stayed on with the team for a few more months after the rally to help with the transition, and also to speak at a handful of conferences. After the March

My involvement with The March really shaped these past five years. I realized how important it is to put theory into practice to effect change. For science education, some of my colleagues at NYU and I applied for and received an NIH-funded grant to introduce a novel neuroscience course to high-school students in NYC. The BrainWaves project combined lessons about how the brain works with hands-on experimentation and students got to see their brainwaves for the first time ever! We also had scientists in the classroom working with the teacher and students so students had an opportunity to talk and interact with scientists. The curriculum materials and software were made open-access and open-source from the outset in the spirit of how science should be: open and accessible to all.

It also motivated me to get involved with my community and really learn how policy-making gets done, and bring my perspective to the table. I was selected to join my community board, BrooklynCB1, and have been serving for the past two years. It’s also made me feel more connected and grounded to the city. I’ve learned how some decisions get made, the fora where they’re raised in, and how parliamentary procedures work. It really highlighted that cities and governments, big or small, are made up of its people, and learning to work with others, communicating information effectively, and both respectfully agreeing and disagreeing on matters, are important for a functioning society.

Over these past five years, I’ve straddled the science and technology sectors with my work Mozilla, first as a Science Fellow when organizing the March, then as a data scientist turned product manager. Data science has emerged as a field to solve practical problems across domains through the interpretation of data. What we have realized through numerous studies and first-hand accounts is that it is imperative for us all to fully understand the impact of data science’s application, automation, and implications in our day-to-day lives. This is crucial in terms of R&D as well as policy-making. As I start my next journey after Mozilla, I want to spend these next five years deepening my understanding of science and technology policy with a particular focus on data science, including ML and AI.