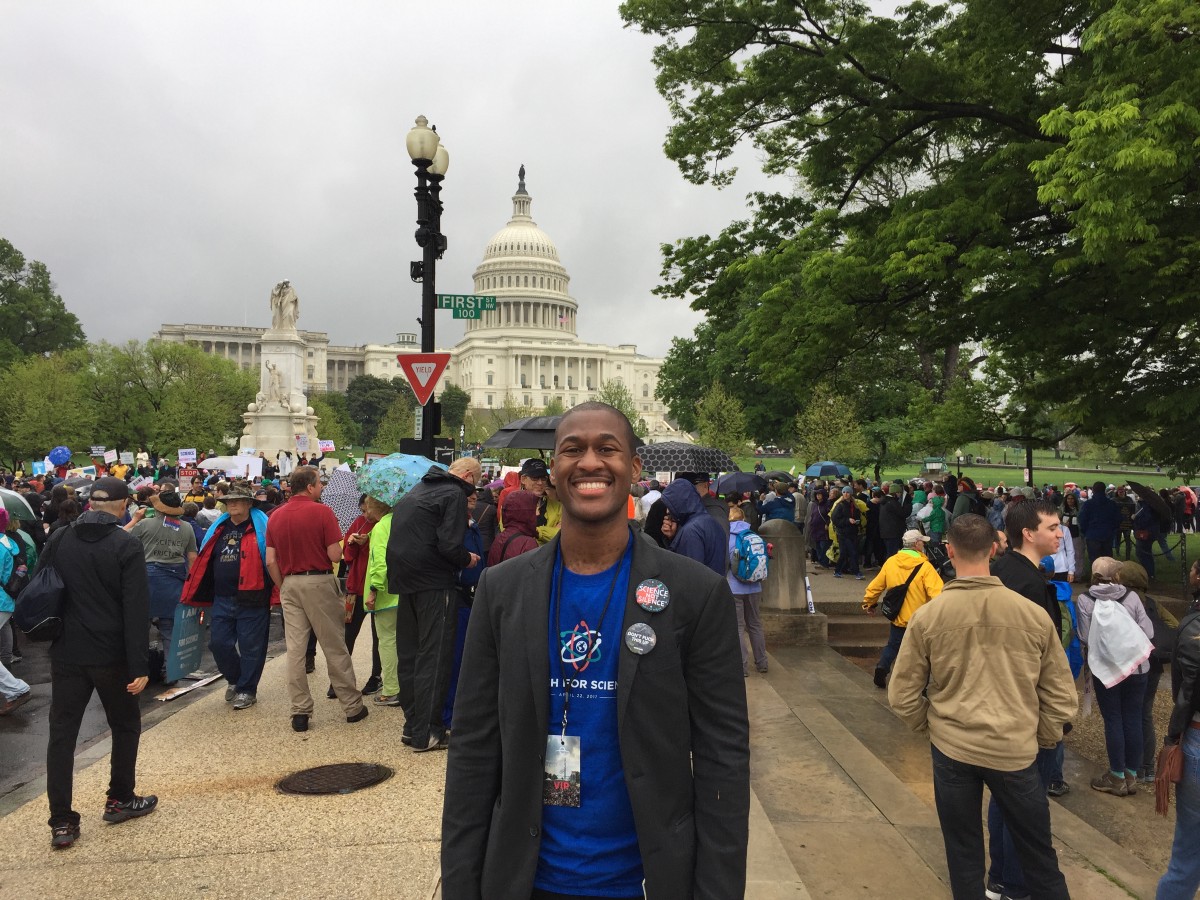 The March actually happened! We managed pulled it off 🎉, which was no small feat. Things operated at a frenetic pace from late January til the summer, supported wholly on volunteers. With respect to the DC march, we had around 50 people who really dropped pretty much everything they were doing and working on to orchestrate an event that was larger in size than we could have imagined. That same story was echoed all around the world with volunteers stepping up and organizing over 600 marches worldwide, mobilizing over a million people to stand up for Science. With much gratitude, I thank everyone involved. There’s no way any part of this could have been done without every volunteer, partner org, each and every marcher out there.

After this unprecedented turnout for the March for Science worldwide, and my involvement with the planning and execution of the DC march, I was invited to speak on behalf of the DC team at a few conferences organized by our partner organizations to reflect on the successes, the lessons learned, and the impact of the March.

My first engagement was back in May 2017 hosted by the Optical Society (OSA) Foundation during a session at the CLEO conference in San Jose, CA. We led a panel with some of march organizers from the DC team: Jonathan Berman, Valorie Aquino, and me, as well as the executive director from one of partner organizations, Gary McDowell of Future of Research.

This panel served as one of our first public opportunity to step back from all the work we had done to reflect on the movement we helped facilitate and usher in. We discussed our origin story and what led to us to organizing a march: some chats online, a Facebook group, and a Twitter account that exploded in interest beyond any of our imagination. We discussed how the initial idea for a Scientist’s March on Washington expanded into Global March for Science Movement, and how the sister marches really helped focus and hone in the messaging for the DC march. Some of our strategy were steeped in the organizing practices gathered from the recently successful Women’s March and Black Lives Matter Movement where they and we are highly decentralized groups of people mediated primarily through social media and the web.

Gary McDowell wrapped up our panel discussing a new nonprofit whose core mission is to help and advocate for early career researchers. It aims to promote transparency and accountability about academia as well as create a support network among scientists both in and out the academe.

The last talk I gave was back November as a keynote presenter at the Entomological Society of America (ESA) Meeting in Denver, CO. It was part of a dedicated science advocacy session entitled Lessons Learned from the March for Science. Six months following the Science March, this was a terrific retrospective and a positive note to end my official day-to-day involvement with the March organization.

Here, I spoke of my initial reasons for joining the March. In a blog post, I discussed three key issues the March for Science should address as part of its platform:

I discussed how I was just a few months into my Open Science Fellowship through the Mozilla Foundation and Stanford, and one of my goals was to educate scientists on working openly and publicly sharing their research and data, primarily through open-source software and collaborative tooling. I felt that by getting involved, it would help amplify the need, especially in light of the removal of some government data related to climate change.

The March had also fumbled with its messaging about the importance of diversity and inclusion, which remains a systemic problem across our classrooms, universities, healthcare, technology sector, and the list goes on. Historically and even to this day, the lack of representation and the implicit biases against people of color have led to highly unethical treatment of the families in Tuskegee Syphilis experiments to alarming rate of black mothers dying after childbirth, just to name a few. I discussed how this was fundamental to consider from the individual scientist, to scientific societies and universities, to national organizations with some suggestions of great programs like our partner organization, the Meyerhoff Scholars Program of UMBC.

These issues compelled me to not just comment and wait on the sidelines for change, but to get actively involved. I discussed how I made my way into the organization and how my co-director of partnerships, Dr. Ayana Elizabeth Johnson, and I developed a highly effective communication and work environment, which we dubbed #TeamNoDrama.

This session was extremely affirming in the positive impact the March for Science had on scientists, marchers, and organizations themselves. One of the talks during the session came from Dr. Bob Peterson, Vice President of ESA. He spoke of the early days in the March movement and the decision process involved with supporting the MfS.

The organization was excited by the outpour of support and invigorated energy of the public engagement with science but they were with concerns about the movement itself. It had a different form that they were used to: highly decentralized, young, completely digital interaction. This was a discussion that echoed through many of the more established societies with cautious optimism. This was going to be a uncontrollable ride, and it was one they were thrilled to get on board. They threw their support behind us and organized the members to participate, and spoke at our events.

We were given great advice from policy expert, Dr. Erin Cadwalader, in the session on how to discuss one’s science and its importance, a practical and powerful tool when discussing with your congressional representative and audiences in general. Through science communication, Dr. Fran Keller told us about how she tells compelling studies through photography, and how she develops a narrative to convey her research.

Dr. Marianne Alleyne talked to us about the ESA Science Policy Fellows Program, which is fantastic and I implore other scientific societies to consider developing a program. Other policy opportunities include the AAAS Science and Technology Policy Fellowship, which is across all the sciences and it places you in Washington working on the Hill.

We heard from one of the lead organizers of the Hawaii March, Dr. Helen Spafford, and she discussed how the lack of hierarchical structure in how the March was developing really gave rise to planning the event centered on Hawaiian values and it really helped bring a collection of volunteers who all wanted to get involved and turned to together to plan something remarkable. Hearing from one of the other marches really open my perspective to the value of distributed organizing, which brought people together not only locally but globally. We got to see Marches in different countries across different time zones, we got to share in something collective.

and she discussed how the lack of hierarchical structure in how the March was developing really gave rise to planning the event centered on Hawaiian values and it really helped bring a collection of volunteers who all wanted to get involved and turned to together to plan something remarkable. Hearing from one of the other marches really open my perspective to the value of distributed organizing, which brought people together not only locally but globally. We got to see Marches in different countries across different time zones, we got to share in something collective.

And then we got to hear from one of the march speakers, Dr. Jessica Ware, who gave such a compelling, personal account as a speaker and an entomologist at the DC March. Because we had such an incredible but numerous collection of speakers, we were cursed with having to strictly enforce a cap of two minutes per speaker. She discussed growing up in a military family and how precise timing had also been a central theme. She conveyed to us why she studies bugs, how integral bugs are to our society, and how they affect the economy, agriculture, and our ecosystem, finishing with clockwork precision. 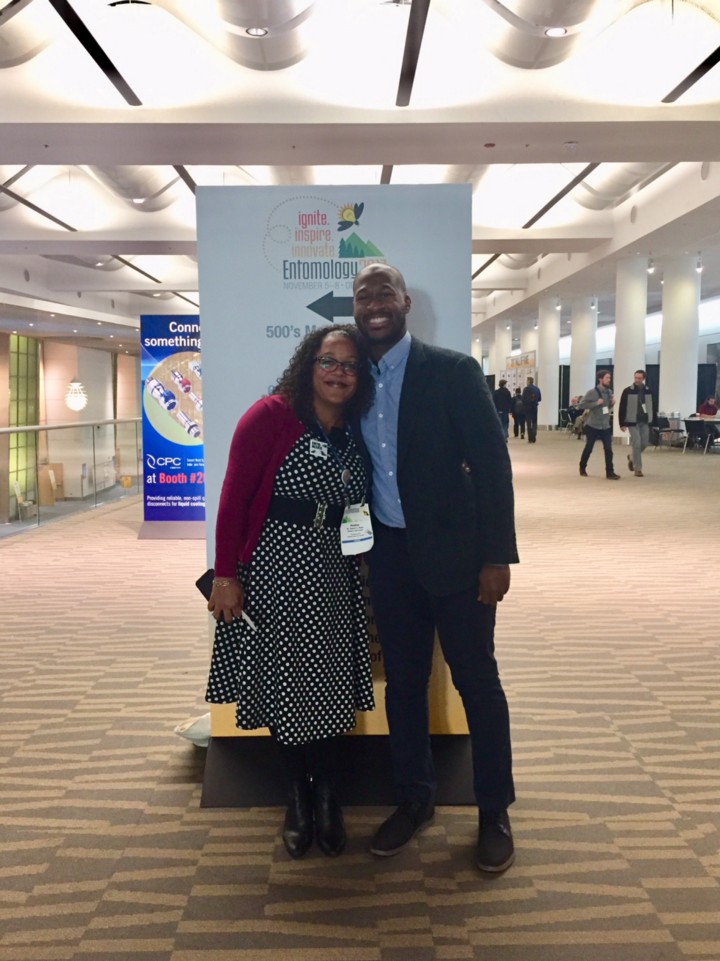 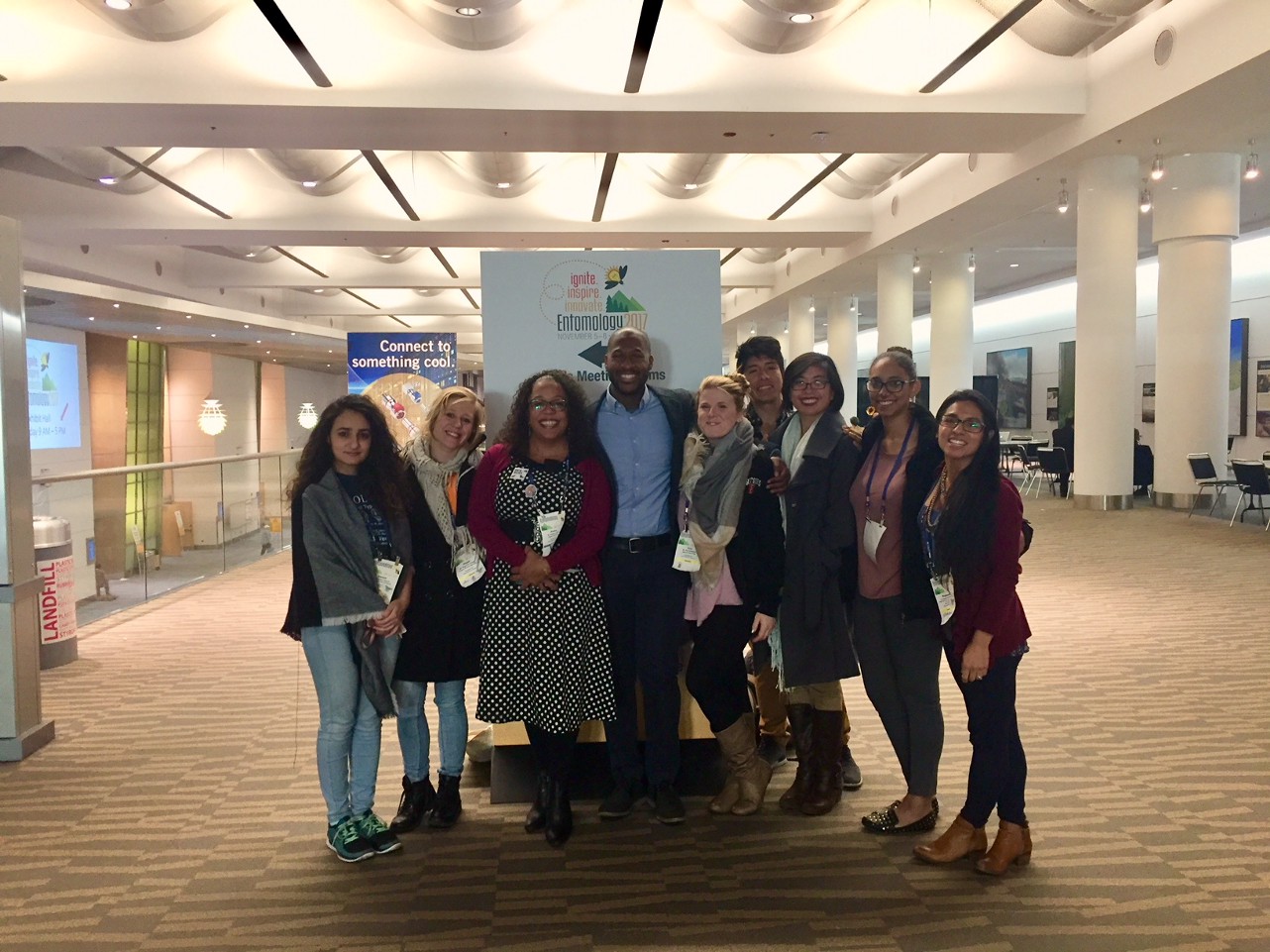